I just checked out John's Twitter account and he appears to be searching for material for lyrics on the new album. Seems like we could provide some ideas? Personally, I find that snacking on drunken goat cheese releases some "creativity endorphins:" 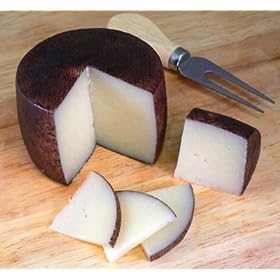 are you saying that John should write about the cheese, or eat it to know what to write about?

If John is looking for topics, I for one could do with a new good New Years' song. ABBA is a staple of course, but other than Death Cab there really isn't much that lights up my life musically on the topic.
Oh bull, what I really want is to be surprised by what John comes up with and how he phrases it. Even if it is ring-a-ding, although that seems to need some work. Granted, Dutch band Teach-In scored a big hit with a song called Ding-a-Dong, but that was in the 70s and won them the Eurovision Song Contest.
Top

Liesbeth wrote:are you saying that John should write about the cheese, or eat it to know what to write about?

Either or both...I think TLW could pull off "the cheese has been drinking, not me" nod to Tom Waits but I also think that if John ate the cheese (which by the way tastes a bit like unsalted butter, but in a much more pleasant way) he could somehow weave that into a girl done me/I done girl wrong song.
Top

I recommend wearing nicotine patches at night for inspiration. You get the wildest dreams. Could be good if John's looking for a psychedelic slant to the new one.
Top

I'd like a song about someone who is wrong, but thinks they are right. Who believes, though they can find no sympathy in any other human being. ring-a-ding.
Top

I just want Through With Love.
Top
Post Reply
7 posts • Page 1 of 1